2 GOLD AND 1 SILVER MEDAL IN LYON FOR BREWERY HUYGHE 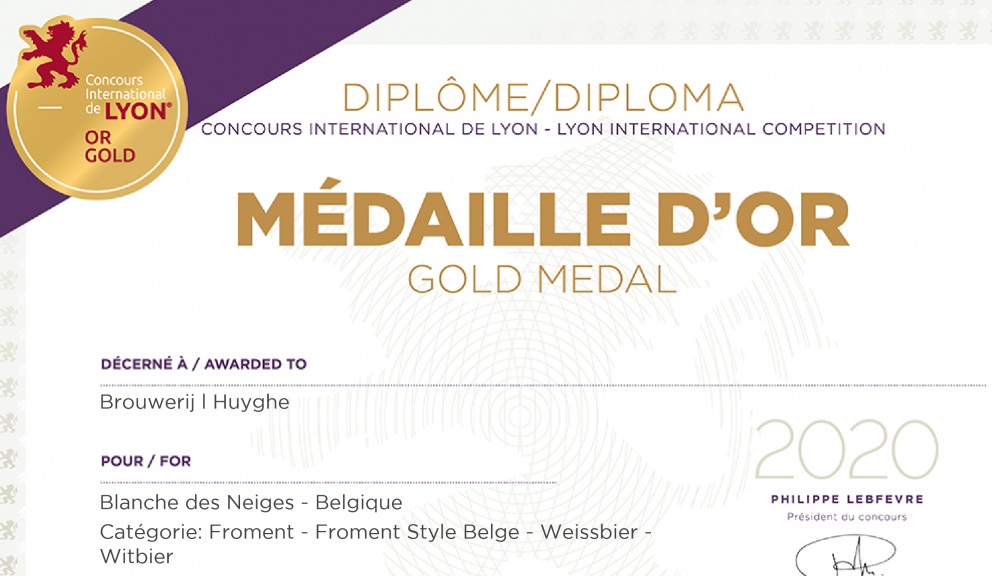 The conditions had been favorable before for brewery Huyghe in Lyon.

In the past, the brewery had already won several medals and this year again, there was some good news.

This means that 3 medals can be added to the medal collection of the brewery. However, Alain De Laet, CEO of the brewery, emphasizes that this is not the priority in the brewery at the moment: "In the meantime, production has restarted and we have taken the necessary steps to create a safe working environment for our employees. I am grateful for the enthusiasm of our teams to get back to work and it gives me the courage to face the future in a positive way".