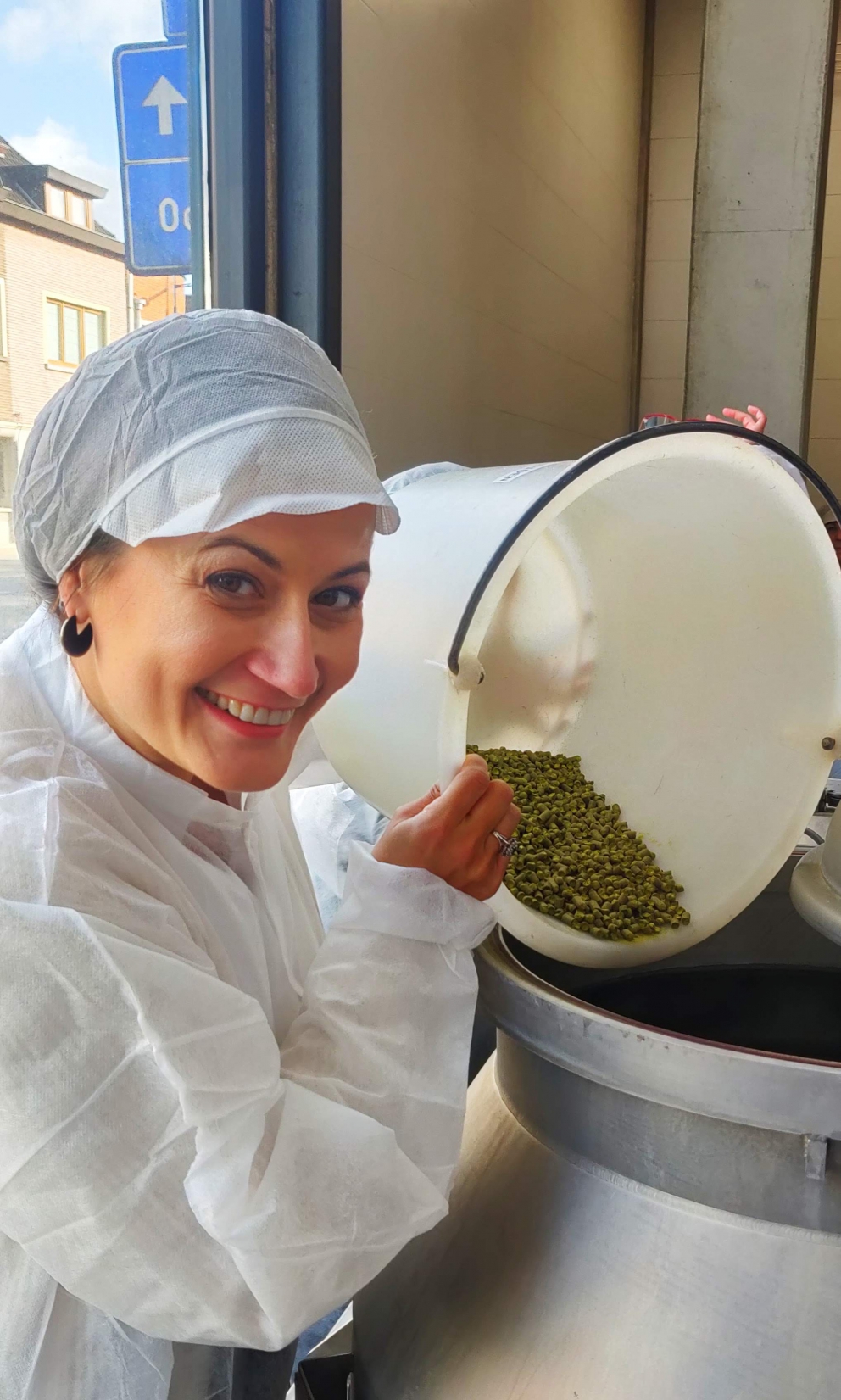 In addition to a number of Belgian ladies including politician Stephanie D’Hose and Wendy, partner of Christophe Peeters from Ghent, there were also participants from Cuba, Venezuela, the Netherlands, Georgia, Mexico, France, Portugal and the US. “A number of American ladies, members of the Pink Boots Society, a non-profit organization that supports women working in the brewing trade. Together they will brew 450 hectoliters of Deliria. A large part of which is intended for export. It remains an very exclusive beer, "says Catherine De Laet of the Brewery

“Deliria is also increasingly linking itself to breast cancer support campaigns. Just like last year, there is a promotion in favor of Think Pink and this year, the Deliria bottles in the US will also bear the National Breast Cancer Foundation logo on their labels, to further increase Deliria's sponsorship for this Foundation. The new Deliria will be launched on International Women's Day on 8 March.